NASA sponsored a content to come up with the best pitch for a NASA MMO.

“Astronaut: Moon, Mars and Beyond” took first place in a far-reaching competition which saw over 100 companies attend the information session.

““Players will pick a profession like a roboticist, space geologist, astrobiologist or mechanical engineer and work together as a team as they explore space and complete missions, establishing bases and outposts and traveling to the farthest reaches of the solar system,” explained Jerry Heneghan, founder and CEO of Virtual Heroes, one of the companies involved with developing the NASA MMORPG Astronaut: Moon, Mars and Beyond. “The game will offer both individual challenges and team-based objectives to encourage players to use real-life applications of science, math and engineering to unlock new in-game vehicles, spacesuits, robotics and mining apparatus that will propel them further into space.” -universetoday 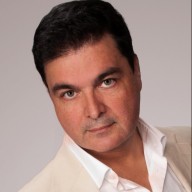